Making a habit of good habits

There are behaviours we all wish we were more consistent with, as well as a few things we wish we were less addicted to. Some habits can be easy to form but dif?cult to break, while others are just difficult to form, full stop. The good news is habits aren’t permanent and can change at any time with the right dedication. But how do we form more of the good ones, and less of the unfavourable ones?

How habits are formed

Brushing your teeth in the morning and night; eating a sweet treat after dinner; jogging the same route and distance each week – these are all habits we cultivate over time. Habits are repeat activities that emerge upon establishing a regular psychological pattern. NPR describes the three-pronged “habit-loop” as: the cue, the routine, and the reward.

The cue is the spark that urges the brain to slip into automatic mode, allowing a behaviour to occur; the routine is performing the habit itself; and the reward is the part that endears the activity to the brain – ensuring the habit-loop repeats in future occasions. Think about that sneaky snooze habit that happens in winter: the cue is the alarm, the routine is pressing the snooze button, and the reward is that extra bit of time in bed that tells the brain to repeat the behaviour.

The part of the brain that helps form habits is called the basal ganglia – also concerned with development of memories, emotions and pattern recognition; whereas decision-making is allocated to the prefrontal cortex. Habits are automated through repetition: so when a behaviour is repeated enough times, the prefrontal cortex starts working less – causing the action to become almost second-nature.

This is how unwanted behaviours like smoking become habitual – the decision to have a cigarette stops being a conscious decision and instead becomes an automatic action. Recognising this habit-loop and making small changes to the triggers can help to hinder a bad habit.

There’s a myth floating around pertaining to the number of days it takes to form a habit. 21 days seems plausible enough; but it’s also incredibly restrictive. Developing a new behaviour shouldn’t be restrained to an arbitrary number.

A study from the European Journal of Social Psychology found that on average, it takes around 66 days for a new behaviour to become automatic. That’s more than two months – and definitely more than 21 days. The study discovered that it took participants anywhere between 18 to 254 days to ingrain a new habit, highlighting the differences in each person when attempting to fully cement a behaviour.

We get it, cultivating a healthy lifestyle can be tough. Especially healthy eating. We’ve all gotten caught up in the magic of starting a new health fad, but after that initial sparkle starts to fade, what are the chances that your desired habit fully pulled through? This could be because of any number of things, from lack of time and clashing schedules to low motivation. Below are some hot tips to making (and breaking) habits: 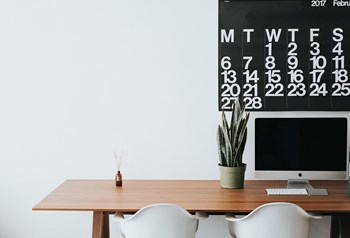 The key to creating or cutting a habit is motivation. But it’s hard to stay motivated when your goals are monstrously unachievable. Change the narrative of your goal setting to encompass smaller targets that you are more likely to achieve – this way, you can work your way up the habit chain and still feel accomplished.

Instead of making the gym a 5-day per week mandate, why not try for three days at the gym/one outdoor walk/and one brisk jog a week? Every individual is different: setting harsh mental deadlines can actually prove disheartening and detrimental in establishing a habit – especially if you find you’re not measuring up to the unrealistic standards you’ve set for yourself.

Simply trying to fit more desirable habits into your day? Figure out whether your energy levels crescendo in the morning or night. If your energy levels peak in the morning, wake up 40 minutes earlier to fit in your new habit – whether it be exercise, meditation, writing or reading. Alternatively, squeeze in 40 minutes in the evening to ingrain your habit. Over time, these micro changes will morph into a regular routine – you’ll struggle to remember a time where you snoozed that extra half hour in the morning!

Quitting a habit cold turkey can be especially tough. Instead of depriving yourself of an unhealthy fix (like excess sugar or coffee), try to replace the behaviour with something else: e.g. Opt for a herbal tea instead of that 3pm sweet treat. It’s the technique of training your brain to become receptive and accustomed to alternate activities at specific times, over a stretch of time.

Hold yourself (and others) accountable

Holding yourself accountable is one thing, but having responsibility over another person’s actions is a whole new deal. We know that health is hard when you go it alone, which is why we’re big advocates for group activities – and habit-making is no different!

Want to make reading a regular part of your life? Start a book club with a circle of friends to review and discuss a new novel once or twice a month. This way, you know you’ll need to complete at least one book a month in order to reward yourself with a cup of herbal tea with your book club friends.

Don’t throw in the towel after succumbing to an unwanted vice. You’re allowed to make mistakes. Pick yourself up and start again – it’s never too late to start or break a habit. Great habits require steady commitment – putting in the work now means reaping those well-deserved healthy rewards in the long run!