Health and fun under the Australian sun

Summer is around the corner. For most Aussies it’s a favourite time of year, an opportunity to soak in the sun, relax at the beach and kick back after surviving another cold winter. Like every good thing, however, we need to enjoy in moderation.

Sunshine on my shoulders

SunSmart confirms that Australia has some of the highest rates of skin cancer in the world. While an alarming statistic, the positive effect is that we have become one of the most well educated nations on earth when it comes to sun safety. Sid the Seagull introduced Australians to “Slip Slop Slap” back in 1981. Fast forward 36 years and the message is comprehensively absorbed into the Australian psyche, with every child growing up knowing the line. In 2007, Seek (shade) and Slide (on some sunnies) were added to the message, rounding out a simple five step plan for every time you set in foot in the sun. 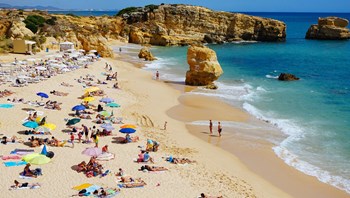 Often melanoma has no symptoms. The first sign is generally a change in an existing mole or the appearance of a new spot. Around 1 in 14 men and around 1 in 24 women will be diagnosed with melanoma before the age of 85.

The overwhelming majority of Australians who get skin cancer will experience either a BCC or SCC, a non-melanoma cancer. They are treated by doctors around five times as often as that of all other cancers combined. These non-melanomas are generally not life-threatening, however, there are instances where they can be deadly and they absolutely should be treated as soon as possible. In 2014, around 600 Australians died from non-melanoma skin cancers.

Melanomas are caused by exposure to ultraviolet radiation (UV). Everyone needs a little UV to stay healthy. It’s essential for production of Vitamin D in the body and Vitamin D is essential to bone, muscle and mental health. 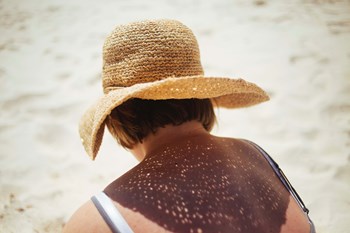 However, UV is radiation. Similar to microwaves and nuclear fallout tanned skin is irreversibly damaged skin, caused by UV radiation. To quote Better Health ‘A tan is not a sign of good health’. It is your cells in pain.

Melanin is the pigment that gives skin its natural colour. When skin is exposed to greater levels of UV, we produce more melanin and skin becomes darker. These are skin cells in trauma, opening the door for DNA damage and skin cancer. And once damaged the effects can’t be undone.

There are some who are at more risk than others such as those with fair skin or people with a large amount of moles. People who have previously been diagnosed with skin cancer have a greater risk of developing melanoma, even if the previous cancer was non-melanoma, sometimes it might also run in the family.

The good news is that skin cancer is one of the most preventable cancers. By simply remembering to Slip, Slop, Slap, Seek and Slide, we can easily look after our selves and our loved ones. So even though we’re sure you already know what to do, here’s a friendly reminder to prepare you for summer: