We’ve all heard the old sayings about ‘gut instinct’, ‘trust your gut’ or ‘go with your gut feeling’ – but have you ever stopped to think about where these sayings come from?

If you haven’t heard about the surprising mood-influencing nature of your stomach, you may well find that from now on, you’ll begin to notice! Our guts are more than just little repositories of pureed food; they house bacteria and neurons that affect the way we think, feel and behave. In that sense, our digestive system basically assumes the role of a ‘second brain’. No wonder people aren’t themselves when they’re hungry!

Remember being scolded for not washing your hands before meals, or forgetting to cover up your sneezes and their accompanying nasty germs? We understand why bacteria may be a scary term—it has queasy connotations, plus nobody fancies getting sick. But, despite its association with disease, befriend the right bacteria and your body could be thanking you. A healthy digestive system involves various types of bacteria, collectively called the gut microbiome. Depending on our circumstances and exposure to stress, toxins, differing diets and exercise regimens, our microbiome fluctuate accordingly. 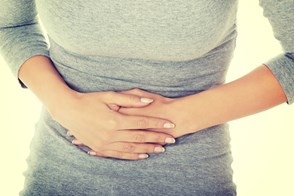 So how does your gut influence your brain?

Our ‘second brain’ is more accurately known as the enteric nervous system (ENS); the subsidiary regulator of our feelings via the 100 million odd nerves lining the stomach. Formed during fetal development from the same tissues as our central nervous system, the ENS communicates with the brain via an intricate arrangement of hormones, neurotransmitters and nerve pathways. Because of this complex entwinement, it’s no surprise that the workings of the gut play a role in instigating certain thoughts and feelings in the brain.

For example, research has found that gut bacteria produce the neurotransmitters serotonin, dopamine and GABA—all chemicals that guide our feelings and moods. Scientists have also claimed that 90-95 percent of serotonin is made in the gut, so it makes sense to eat right in order to feel alright. An imbalance of harmful gut bacteria (known as ‘dysbiosis’) has been associated with several psychiatric and neurological disorders such as autism, anxiety, depression and stress from the pro-inflammatory states activated by bacteria imbalance. The Journal of Neuroscience outlines research regarding the correlative nature of gut bacteria to anxiety and depression in adult mice. By replacing the gut bacteria of anxious mice with the gut bacteria of fearless mice, the anxious mice became more sociable and vice versa. Aggressive mice also calmed down after having their diet altered through the addition of probiotics.

Probiotics are known as the ‘helpful’ bacteria that assists in keeping the gut balanced and healthy. Probiotics are live microorganisms (e.g. bacteria, yeasts, fungi) that can be introduced into your belly to protect your immune system from intestinal sickness. As well as being produced naturally in the intestines, probiotics can also be found in some dairy products and supplements. They’re especially effective in balancing the ‘bad’ bacteria that causes bloating, gas and constipation by helping food move through your gut more smoothly.

Prebiotics are non-digestible food ingredients that serve to enhance the activity of ‘good’ bacteria already present in the intestines. Where probiotics are added to counteract bad bacteria, the role of prebiotics is to nurture and grow all the ‘good’ bacteria. A healthy balance of good bacteria in your gut has a direct impact on your mental health. Research shows a decrease in cortisol levels (the stress hormone) in human participants after regular consumption of prebiotics, thus regulating and alleviating issues relating to anxiety, depression and stress.

How to easily incorporate good bacteria into your meals

Now that we’re aware of the role of probiotics in regulating the digestive system and influencing our moods, we can strive to better incorporate foods that are good for the gut. Here are four meal suggestions that will get your body and mind feeling great.

Breakfast: Yoghurt with your choice of breakfast grain and berry.

Yoghurt is famous for its probiotic components, helping to maintain the balance of bacteria in your digestive tract to promote a healthy gut and immune system. Yogurt is also useful for easing constipation, diarrhea and other digestive issues. To get the most out of your slurpy dairy friend, ensure that the yoghurt you buy contains live and active cultures.

Bananas contain prebiotic qualities that help soothe the gut membrane, as well as natural fibres that promote the desirable bacteria in your gut. Oats (or any type or bran) are brimming with insoluble fibres that foster good gut bacteria, as well as reduce cholesterol. You could even add a dash of Yakult, the probiotic fermented milk drink dedicated to balancing the bacteria in your digestive system.

Lunch: Sourdough bread with avocado, feta, cherry tomatoes and a dash of lemon.

Sourdough contains a lactic acid starter that houses lactobacillus, the good bacteria mentioned above. It may also be good for those who suffer from diabetes, with studies showing that pre-diabetics who ate sourdough bread had less of a blood sugar spike compared to when eating bread made with baker’s yeast.

Chickpeas, lentils and other types of peas and beans are naturally high in prebiotics. A chickpea and lentil curry is a warm hearty suggestion and can be served with a side of delicious dahl for a filling dinner option. Asparagus is also a good source of prebiotics.