There’s an excitement during this time of year as we anticipate the arrival of warmer weather. The birds are chirping, the sun is shining, leaves are sprouting, flowers are blooming and many of us are… well, sneezing and swollen from allergies. The onset of itchy eyes, the never-ending urge to sneeze and that constant feeling of irritation… you guessed it, its hay fever season.

Hay fever, otherwise known as allergic rhinitis, is an allergic reaction that affects the nose, eyes, sinus and throat. As Better Health Channel explains, hay fever can occur during any time of the year. People are susceptible in the spring season as more pollen arises from new flora in the atmosphere, increasing the likelihood of irritation. 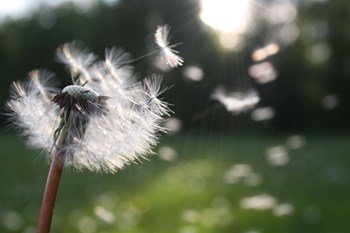 Ever get that itch in your nose that just can’t be tamed, no matter how hard you squeeze, scratch or rub? That’s the work of dust, pollen and other teeny particles that get trapped in the hairs and mucus inside your nasal passages. People with hay fever are allergic to specific pollens; the immune system treats these foreign substances accordingly by launching an ‘attack’ on the unwanted particles entering your body. It results in the nose swelling and increasing mucus production in an attempt to block these elements from infiltrating.

Hay fever is a misleading term – you might be wondering why you’re getting feverish without any sign of hay. The term originates from hay harvesting season, where allergies caused by grass and hay were rife. Allergic rhinitis allergies are produced by ‘airborne pollen’ – namely from grasses, weeds and trees. These pollen grains are then carried by birds, bees and the wind to spread across plants; working to fertilise and reproduce plant species.

According to the Australasian Society of Clinical Immunology and Allergy (ASCIA), some people with allergic rhinitis may also have asthma or, when left untreated, may increase the risk of developing asthma.

Thunderstorm asthma, a sudden respiratory break down instigated by local thunderstorms, arises through a combination of meteorological and biological factors. The Conversation describes it as ranging from small, isolated events to city-wide epidemics (e.g. Melbourne’s November 2016 thunderstorm asthma incident).

Thunderstorm asthma is mainly triggered by an allergic reaction to grass pollen – this specific particle is multiplied through higher rainfall in winter and spring. People with asthma should be aware of their asthma action plan and carry appropriate preventers. Hay fever sufferers are also advised to seek instruction from a GP or pharmacist if symptoms become unmanageable.

Hay fever symptoms are generally the same for most people:

Though annoying, these symptoms shouldn’t be debilitating. If you find your hay fever causing difficulties with everyday functioning and breathing, seek advice from your doctor. 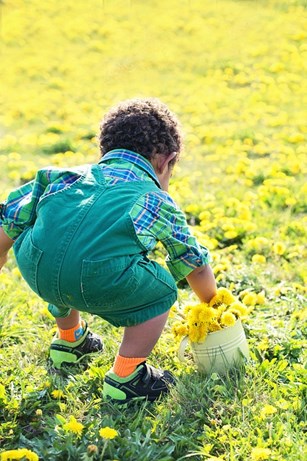 Green Day famously sang “Wake Me Up When September Ends” – they were probably referring to the end of the first month of spring and a relief from allergies. But for some people in various areas in Australia, hay fever can last up until Summer, or even throughout the year, if pollen levels remain high.

Try to take note of the occurrence and timing of your symptoms prior to visiting your doctor in order to understand the environment in which allergies are more likely to occur. An allergy-trained doctor can then perform allergy tests (e.g. skin prick or blood allergen tests) to distinguish which particles are causing you sneezing, coughing or itching fits.

There are several ways to prevent or reduce symptoms of hay fever, as suggested by Better Health Channel:

Your doctor may also prescribe medication that can relieve pressing symptoms (dependent on your condition and medical history), including:

There are also a range of treatments that are available over the cwounter, just ask your pharmacist: