Getting to the guts of it 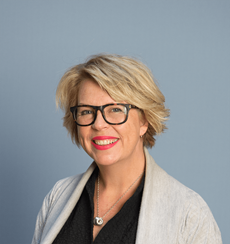 Mental disorders, particularly depression, account for the second highest burden of global disability. Half of mental illnesses first manifest prior to 14 years of age and childhood disorders are linked to a range of long-term deleterious social, criminal and economic outcomes in adulthood. Despite an increase in the recognition and treatment of depression and anxiety, new data from around the globe suggest that rates may be increasing, rather than decreasing, particularly in young people.

The 20th century has seen major shifts in dietary intakes globally, with a marked increase in the consumption of sugars, snack foods, take-away foods and high-energy foods. At the same time, the consumption of nutrient and fibre-dense foods is diminishing. These changes are particularly obvious in younger people. The overlap between rising obesity rates and apparent increases in mental distress in young people suggest common pathways.

The body and depression

It is important to understand that researchers now believe that depression, in particular, is not just a brain disorder, but rather a whole-body disorder, with dysfunction of the immune system (chronic, low-grade systemic inflammation) as a very important risk factor.  This ‘systemic inflammation’ arises as a result of many of the environmental stressors that are common in our lives: poor diet, lack of exercise, smoking, overweight and obesity, lack of sleep; lack of vitamin D etc. as well as stress. Many of these factors influence gut microbiota (the microbe population living in our intestine), which in turn profoundly influence the immune system. In fact, gut microbiota affect more than the immune system – they seem to be critical to almost every aspect of health including our metabolism and body weight and brain function and health. Each of these factors is highly relevant to depression, reinforcing the idea of depression as a whole body disorder.

The how and why

There are two consequences of a poor diet that interact with the immune system and gut microbiota, as well as important aspects of brain function. These two consequences are related, but not necessarily the same thing. If we do not consume enough nutrient-dense foods such as fruits, vegetables, wholegrains, fish etc., this can lead to insufficiencies in nutrients, antioxidants and fibre, and this has a detrimental impact on our immune system as well as affecting gene expression, gut microbiota and other aspects of physical and mental health. Importantly, our gut microbiota is particularly reliant on an adequate intake of dietary fibre.

On the other hand, a diet high in saturated fats and refined sugars has a very potent negative impact on brain proteins that we know are important in depression: proteins called neurotrophins, which protect the brain against oxidative stress and promote the growth of new brain cells. There also seems to be an impact of high fat intake on the stress response system, which is also important in both depression and anxiety. Processed foods and high fat diets are also particularly noxious for the gut.

The reason I say that these factors are related, but not the same thing, is that you can have one without the other. For example, some people will consume an adequate amount of fruits and vegetables, but consume a lot of processed, high fat-refined carbohydrate foods as well. On the other hand, some others will do the opposite: consume few obvious ‘junk’ foods, but not have sufficient nutrient-dense foods (existing on a very limited diet of white bread and sausages, for example). For individuals the recommendations are no different for any other aspect of health: the main constituents of diet should be plant foods such as vegetables, salads, fruits, legumes (eg. chickpeas, lentils, tofu), wholegrains and raw nuts; fish and lean red meats; and healthy fats such as olive oil.  At the same time, processed foods should be assiduously avoided. They contain high levels of unhealthy fats, sugars and refined carbohydrates, as well as other components that are increasingly being shown to have a detrimental impact on gut microbiota, such as artificial sweeteners and emulsifiers.

I would also add here that fibre is key – gut microbiota act to influence health by fermenting fibre and we now believe that our microbiota may be the key to health. Plant foods have high levels of fibre and we should be aiming for 50 grams per day. Vinegars such as balsamic and apple cider may also be beneficial to health, as are the fermented foods such as sauerkraut, kimchi, kombucha, tempeh and other such traditional foods. Interestingly, many alternative health practitioners have been advocating for these foods since the 1970s, but now the science is starting to catch up with the recommendations!

The simple message is that a healthy diet is important for brain and mental health, just as it is for physical health. Unlike many other factors in our lives that may predispose us to depression, we have a choice over what we eat. All the evidence we have now tells us that a healthy diet can both prevent and treat depression and may be important for other aspects of brain health, such as dementia. This is true for people across the lifespan – even very young children. So, the message is to concentrate on diet quality (not weight) and follow Michael Pollan’s wonderful advice: “Eat (whole) food, not too much, mostly plants’!

Our new Food & Mood Centre, which is unique in the word in its research focus on Nutritional Psychiatry, is currently planning and carrying out many important studies. You can read more about the research here: www.foodandmoodcentre.com.au